Do you know those posts where bloggers sometimes write about how messy their house is, or how it looks when not getting staged for a photo – in other words – those posts that show real life?

Well, I have one of those for you today.  A real life snapshot of what the past few days at my house looked like. 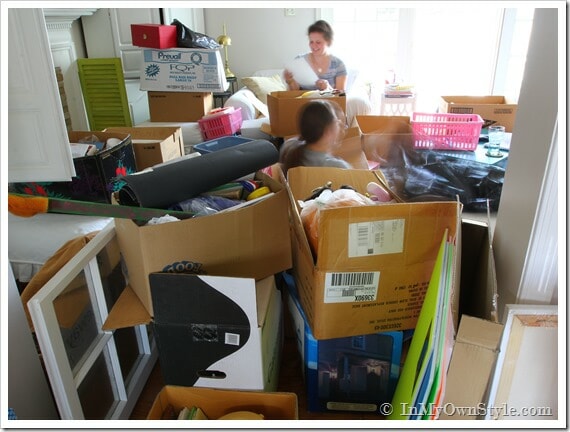 Boxes everywhere!!!  No, we are not moving – just cleaning out the attic. I had planned to post about painting the sideboard in my family room today, but I had to stop and take a big step back – literally to sift through the past. 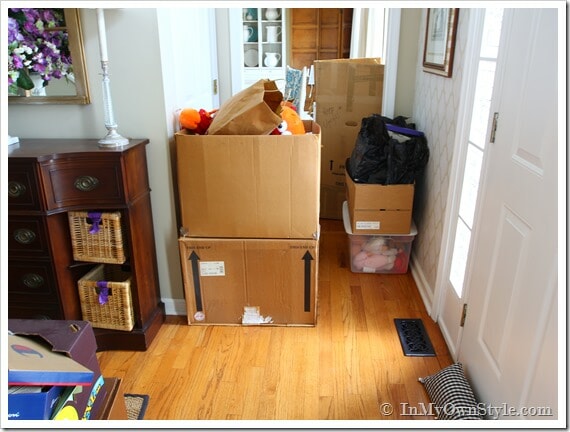 Both my daughters were home last week and I happened to mention to them that the attic was filled with stuff saved from their childhood.  If we move, and they are not around – it might get thrown out, so they should go through it soon to find what they want to keep and get rid of the rest. 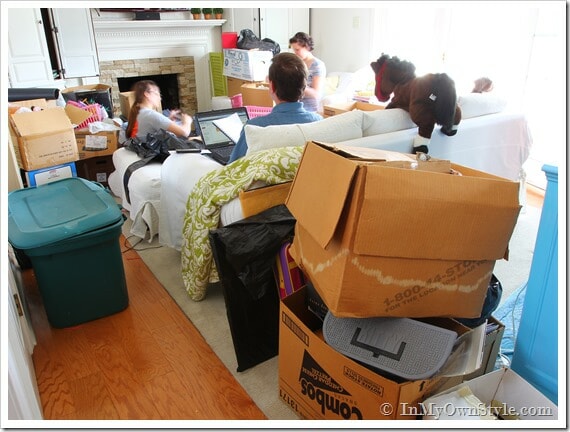 Well, they decided to get right to it. Not quite what I expected.  The thought, “Oh, not now, I have projects to work on”, fleeted through my mind,  but that quickly passed as the beautiful visions of an empty attic came to mind. 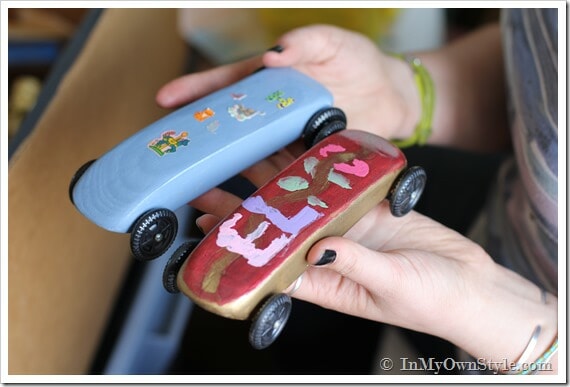 As big of a chore as it was for them, they also enjoyed it  – a trip down memory lane seeing their childhood toys, books and trinkets they played with and loved. 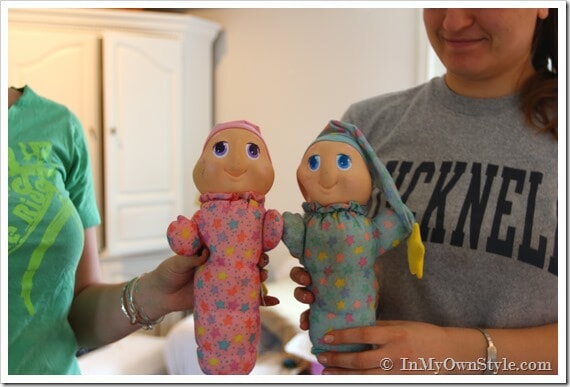 They had a hard time throwing out anything with a face – Ed joked that they should watch Toy Story as they were purging, but they both chimed back “No way – we would never be able to get rid of anything then” 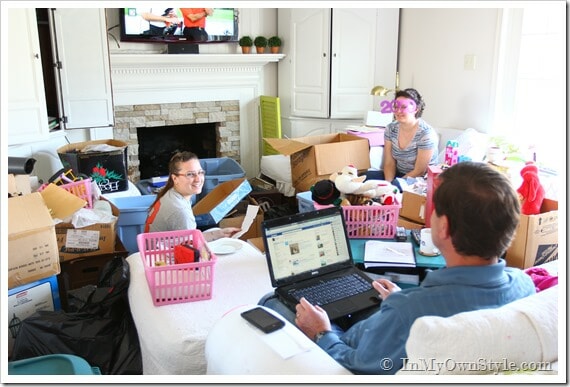 Ed hung out on the couch to watch golf for a while – a neighbor even came over and sat on the couch among all the boxes to watch with him. They had a few drinks like it was a normal weekend afternoon spent watching golf together. 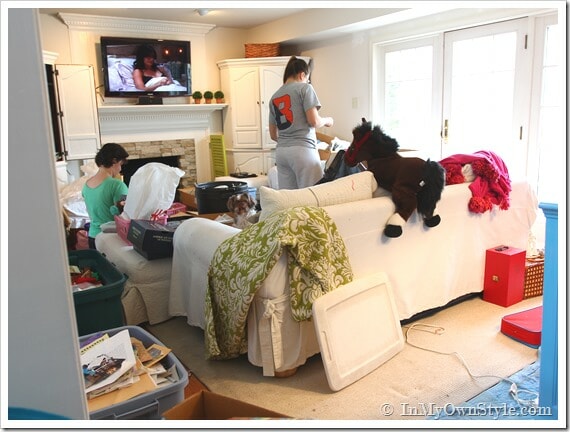 I, on the other hand could not do the projects I had planned, but orchestrated the logistics of the purge. 2 days of purging, boxes, piles, and stuff everywhere and no space for me to work on the sideboard. 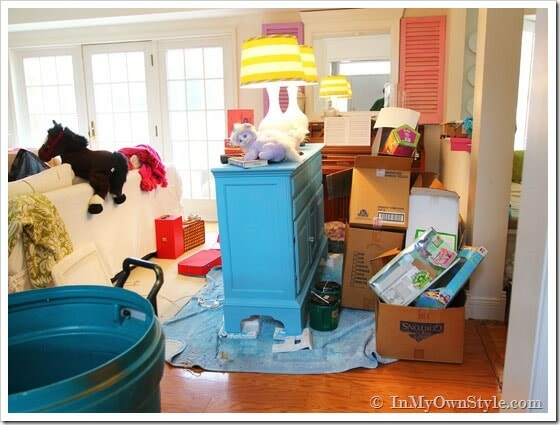 Life is good though, when there is a big trash can in your foyer, right?

This was a huge undertaking. Years and years of accumulated stuff – saved at the time for some reason or another – now gone.

The house feels much lighter now – and the HUGE check off my To-Do list even though the task made me step back from completing another project feels liberating!   I feel I have jumped forward by a mile getting the attic cleaned up and the task no longer hanging around in my head. 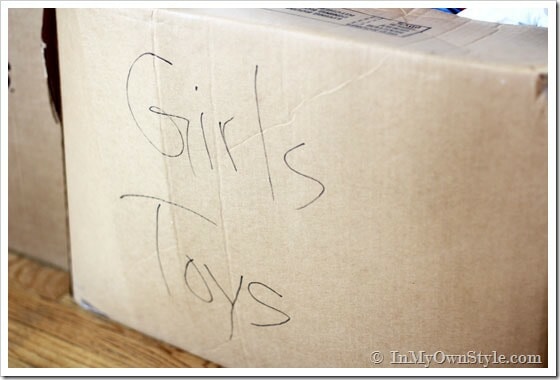 There are still a few “keeper” boxes in the living room waiting to go back to the attic, the deck outside filled with empty boxes that need to get flattened and recycled as well as a trip or two to Goodwill in store for me today.

Now that the task is completed, I realize the “Just Do It”  philosophy  even if it means stopping something else you were doing, gets everything moving in the right direction.

If I keep up the momentum, maybe I will have the guest room closet, basement, and garage done before Spring arrives. Now that would truly be a step in the right direction.