This is step 5. There are five parts to this craft room organization wall project: Make Your Creative Wall Frames; Organize Your Tools; How to Organize Gift Wrap; How to make a $20 Photo Studio.

I finally finished it – the “Creative Wall” in my studioffice  – a.k.a. my craft room. I now have a craft room that is highly organized.  Recently I posted about each of the frames I made and attached to the wall. Each frame has a separate function – one to hold gift wrap, a frame to hold the tools I use daily, and the last frame a place with a retractable white background to take blog photos.

Today I am going to show you how I added the crowning touch to the top of all 3 frames with a piece of MDF and crown molding.  It brings all the frames together, even though they are each a separate component.

You can do this same type of topper to add above a simple framed door or window to add architectural interest to your home. 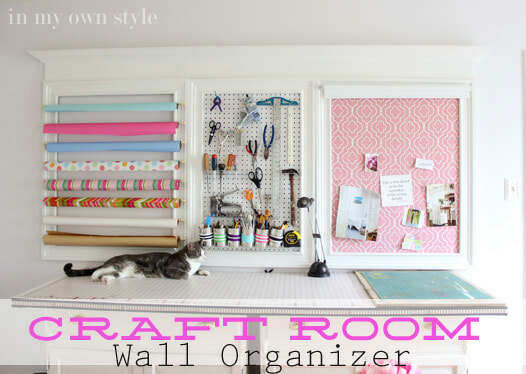 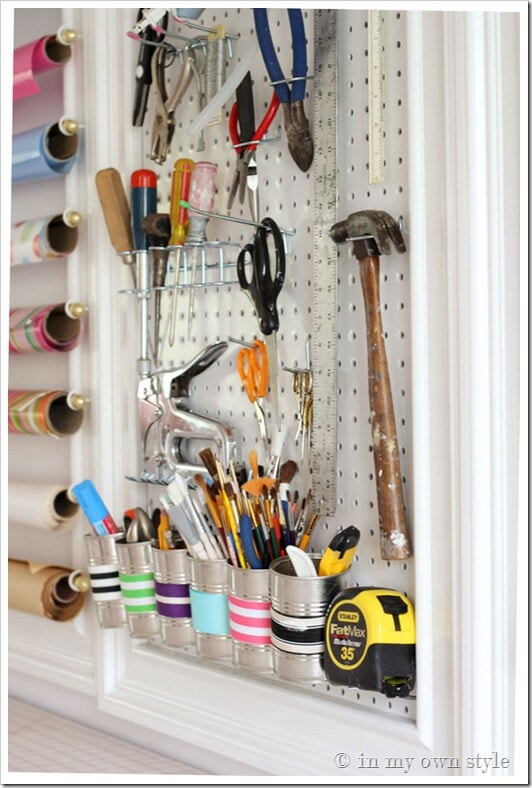 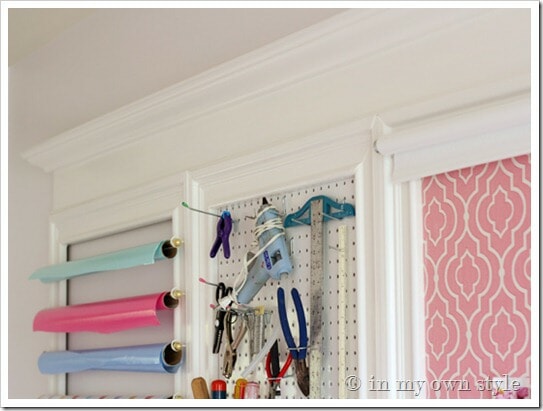 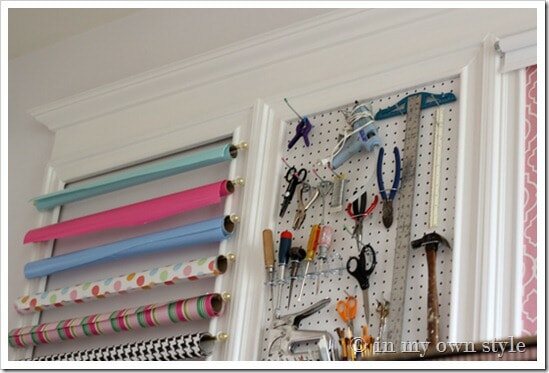 When I went to buy crown molding at Lowes the nice guy in the lumber department came over to help me. I told him I was picking out crown molding and he asked me if I ever used Flip Face. “No” I said –“I’ve never even heard of it.”  He explained it was easier to cut – and if you have ever cut crown molding you know how exasperating it can be.  He gave me a pamphlet and I figured I had nothing to lose so I bought it.  Hey, if it looks the same and saves me time – I will try it. 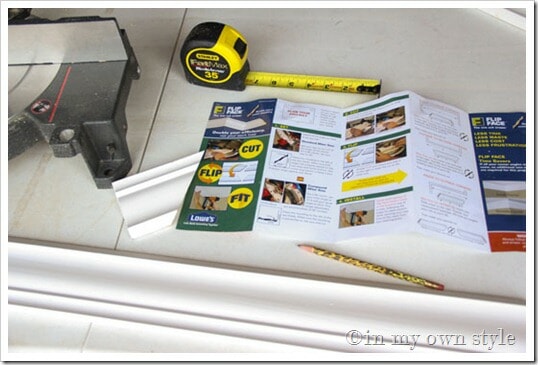 Flip Face molding is reversible – it looks the same on each side – which is a bit confusing at first.  Instead of having to move the miter saw blade to the other side of the saw to cut opposite ends, you simply cut one end, flip it over and move the molding to the left on the saw and line up where the opposite end of the molding should be cut – and cut. It was easier.  (The Flip Face people do not even know I exist – I bought this molding on my own – this is not a sponsored post.) 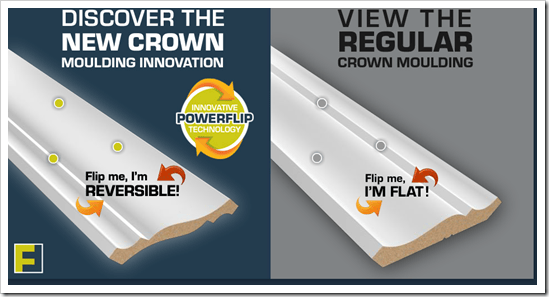 Here are the cut pieces for the topper all ready to be assembled. 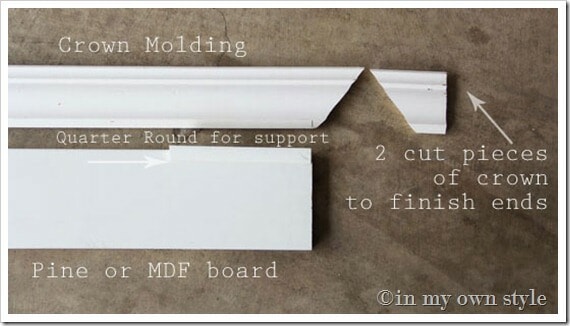 Since it was a long piece, I worked in my garage. The lighting was not great, but you can still get the idea of how I pieced it all together.  The quarter round I cut into 6 inch pieces to use as a support for the crown molding to be nailed into. 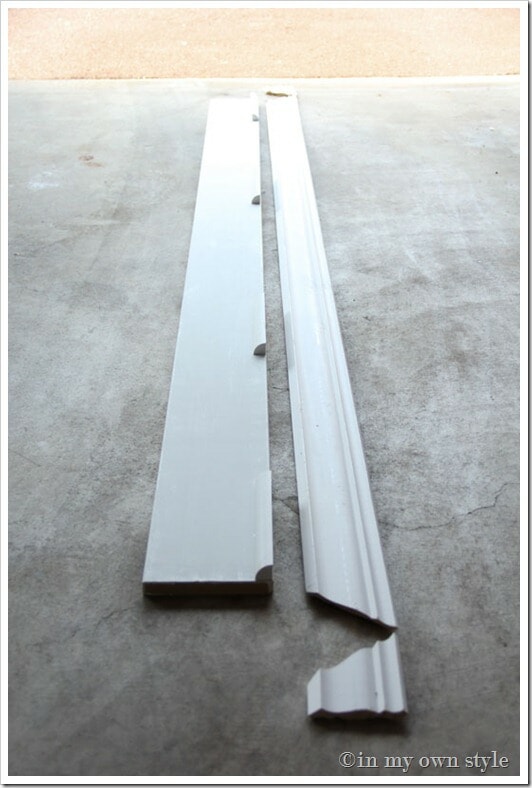 I used Liquid Nails to glue all the parts together. 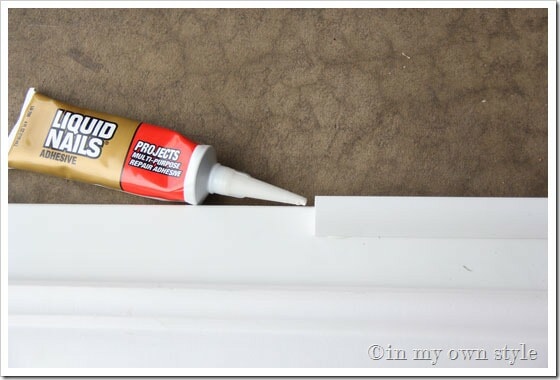 And let it dry. 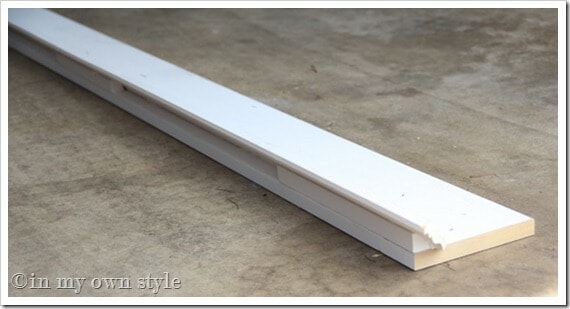 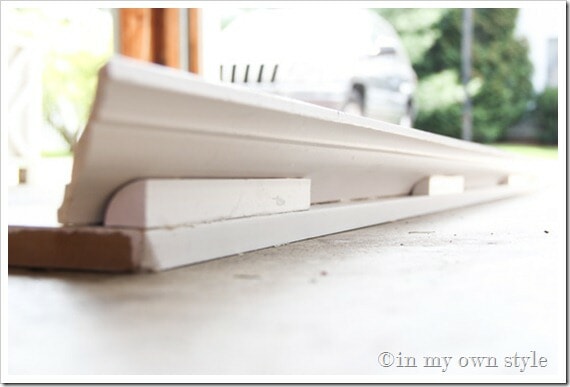 Before I added the end caps I placed a finishing nail into the crown molding where I had quarter round supports.  I then glued on the end pieces of crown that will wrap around the board to create a finished edge. 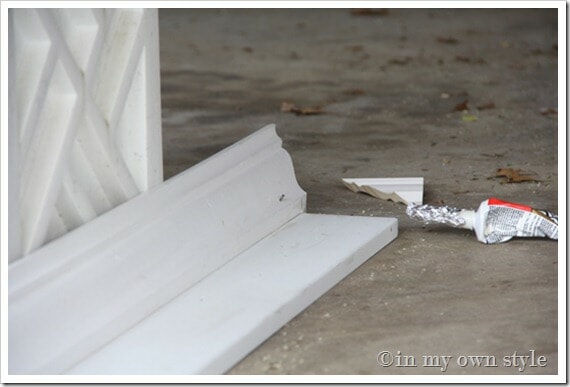 I used a nail punch to sink each of the finishing nails into the wood and then I Spackled over all the holes.

Finishing nails have a top that has a small indent in them so that it is easy to place the tip of a nail punch on it, hence making it easier to sink into the wood.  My punches were my hubby’s grandfathers – quite old, but work perfectly. 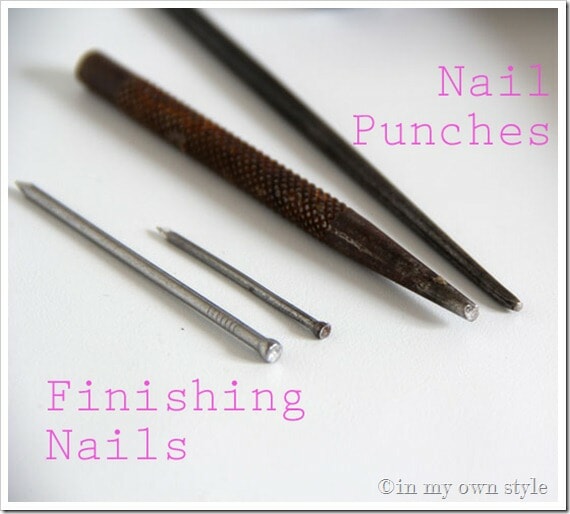 Once the top was dry , I found a drill bit that was the same size as the large finishing nails I was using to hang the topper on the wall. 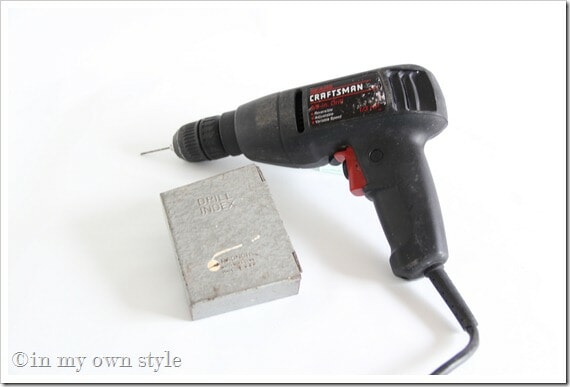 I found where the studs where located with the help of a stud finder. To get the topper up on the wall required 4 hands – my daughter helped me hold it up until I got a nail hammered in on each side of the topper.  I countersunk them, Spackled over the holes, and sanded smooth. 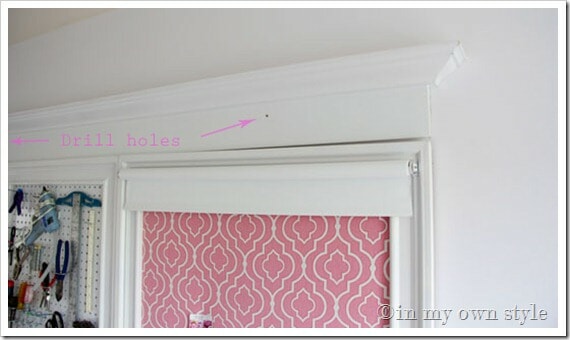 Since I am not the perfect carpenter – there was a gap between the last frame and the topper. To fix this I added a thin piece of plastic white molding along the top of all the frames– cost $1.87 for an 8’ piece.  I made little end caps for it also. 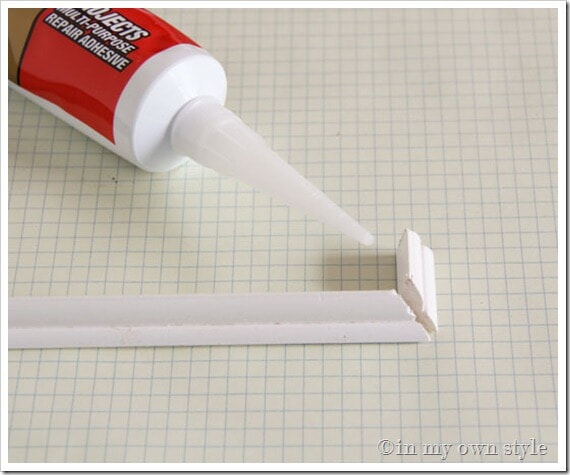 I attached it with Liquid Nails and taped it in place until the glue was dry. 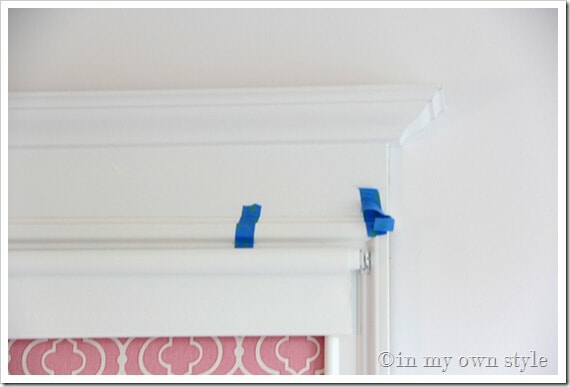 Once it was dry, I painted the topper using two coats of  Valspar latex semi-gloss paint in Bistro White. 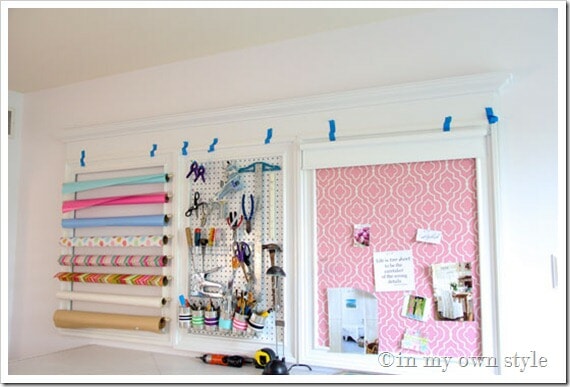 All done. The hardest part was getting it up on the wall. 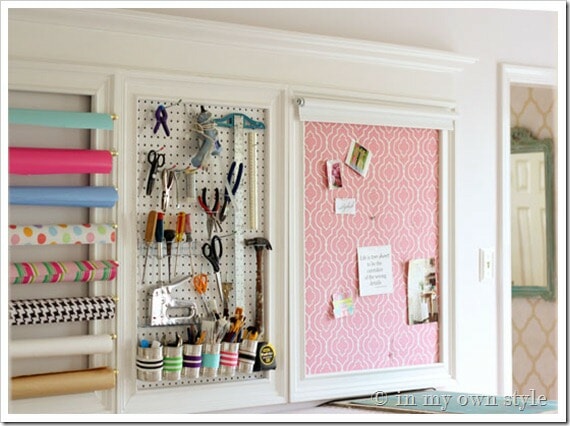 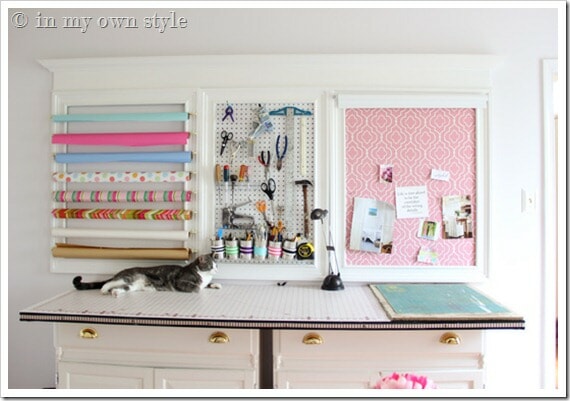 Now the wall is complete and I could not be happier to have this side of room completed.  If my hubby finds a job and we have to move, everything can easily be taken apart and I can use it in my next house. I only used two nails in the topper so it too will be easy to remove. 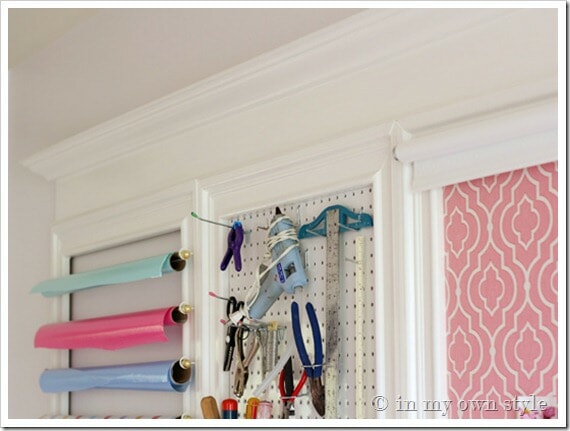