For the past four days I haven’t been online as… 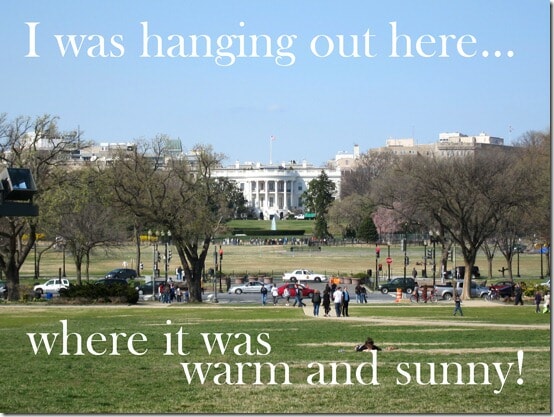 Not with the President and Michelle, but my hubby and a group of friends.  We went to DC last Thursday to attend a memorial service at Arlington National Cemetery for a good friend’s mom.  After that we stayed over the weekend to do touristy things  – like going monument hopping on Saturday.   The weather was perfect and we enjoyed hanging out on the National Mall.  I have visited DC many times and have seen most of the sights, but DC is such a well planned out city and it is always a pleasure to walk around especially in the Springtime.

We strolled around a few monuments.  I found the Korean War Memorial very unique –  Sculptures of soldiers walking. They were all so detailed all the way down to the snaps on their rain gear.  It was a simple memorial, but very effective and well done. 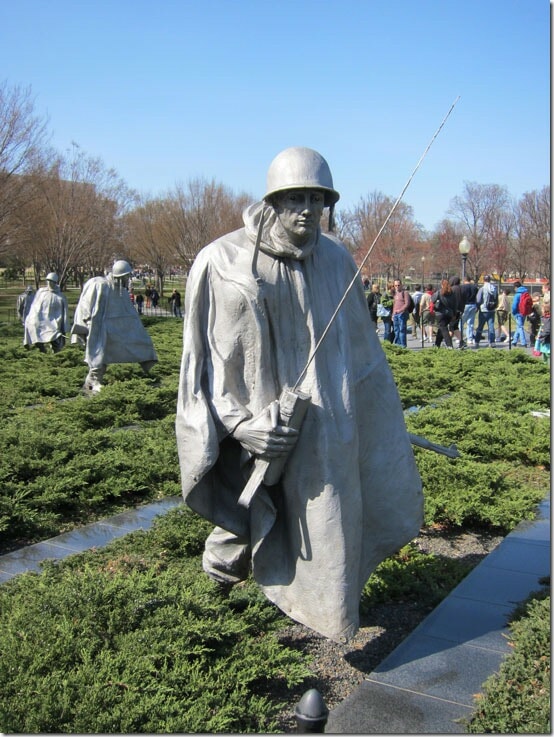 The WWII Memorial is pretty new. Every state is represented with the fountain in the center.   Since the reflecting pool that runs up to the Washington Monument was under construction – this fountain was a popular place to sit and enjoy the sunshine. 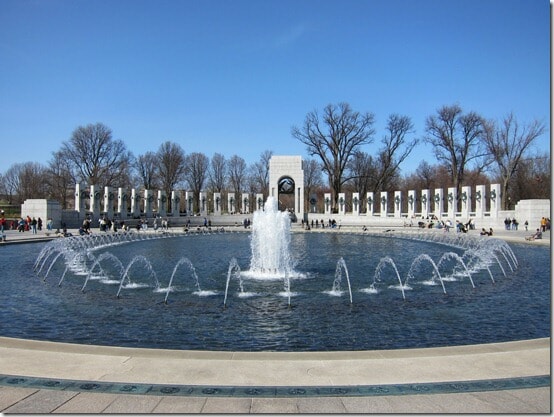 As we left to walk toward the Washington Monument we saw this.

The best shot I could get.  I don’t think I have ever seen a Bald Eagle before.  We joked that it must have been staged – that the DC planners bring them in to reside here on the National Mall for the tourists. 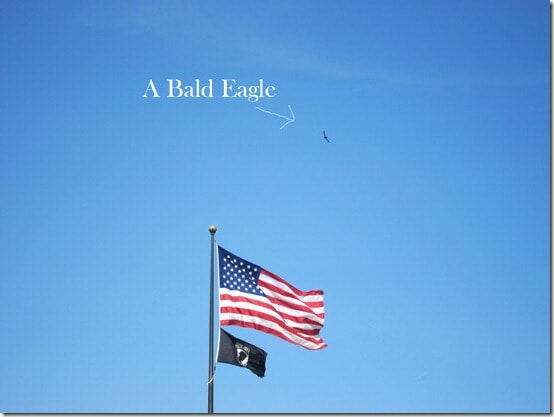 We were one week too early to see the Cherry Blossoms bloom.  It was advertised on the Metro – and brightens up the city when all the trees are all pretty in pink. 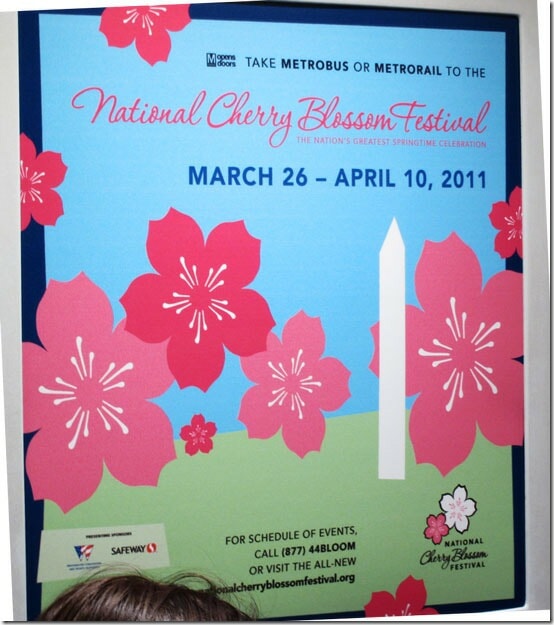 But we did see one lone tree in bloom by the Washington Monument and I took a picture of it to share with you. 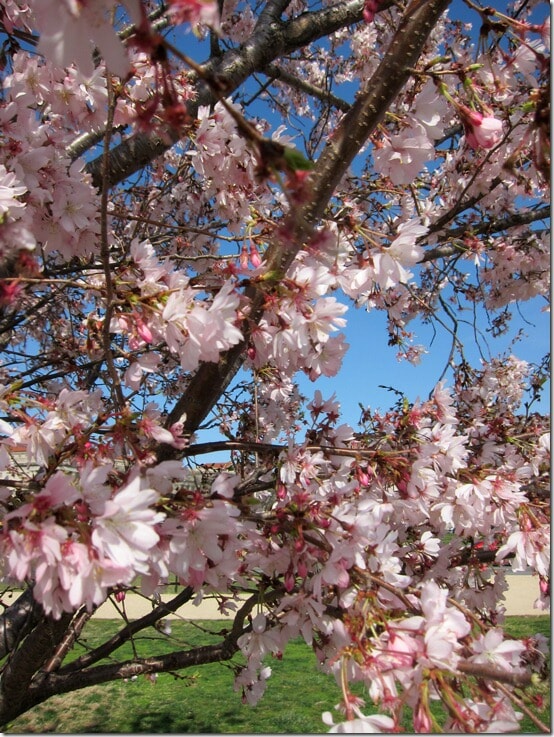 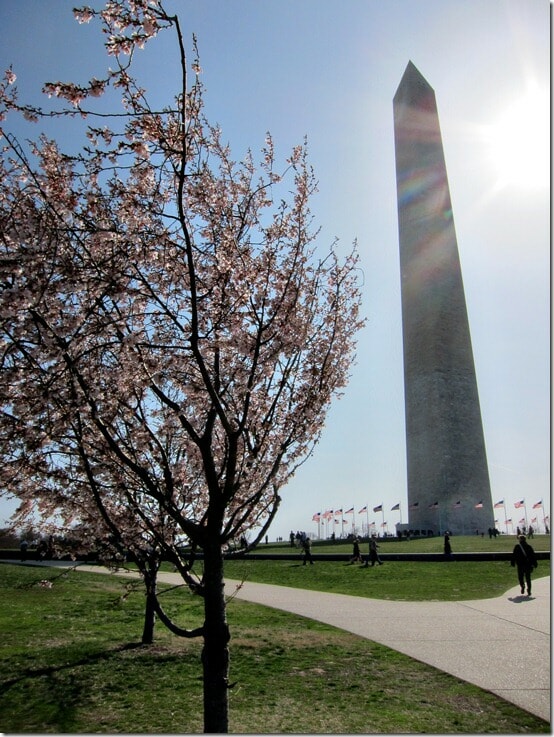 and a cluster over on Pennsylvania Ave. 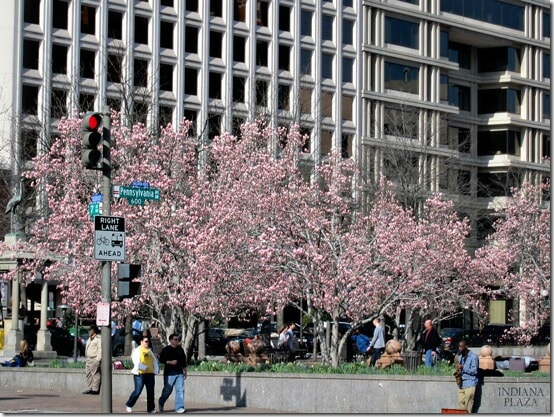 The reflecting pool was under construction so I didn’t take lots of photos because it was not looking like a place you would want to reflect. 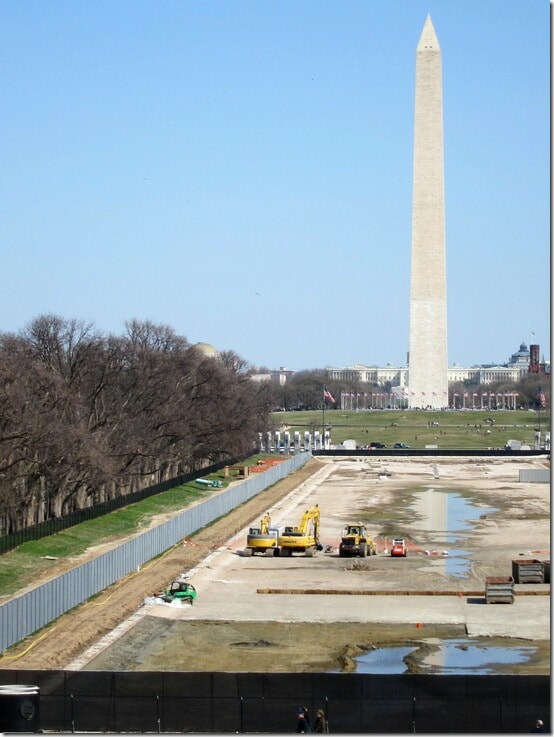 Taken from the front of the Lincoln Memorial. 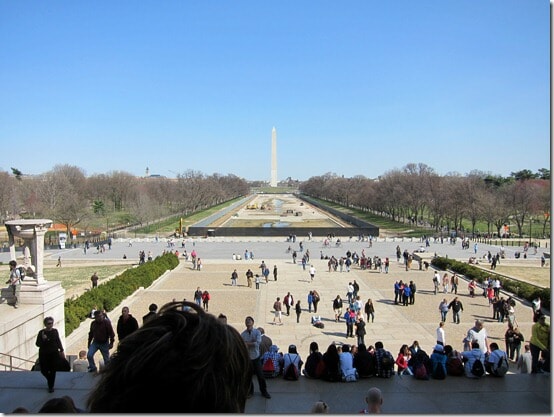 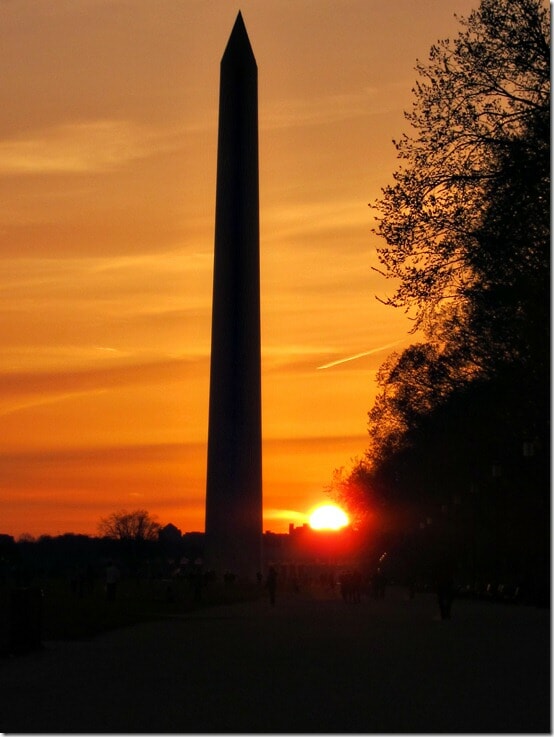 Looking in the other direction the sun made the Capitol Building look like lights were on in the windows. 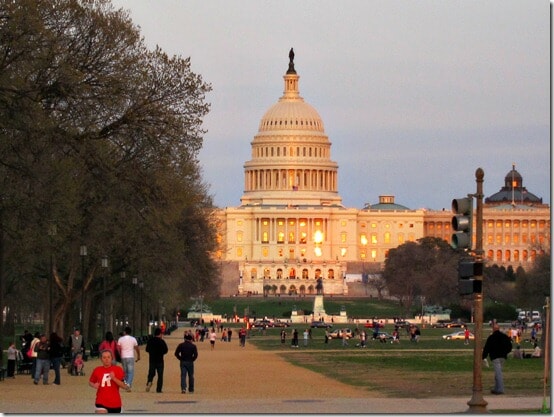 We ate dinner in Chinatown. 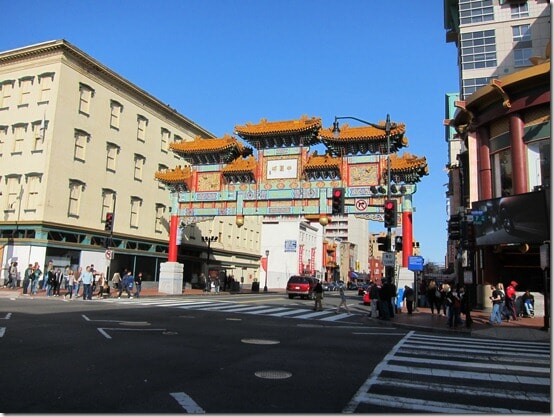 And I really wanted to stop in here to browse, but no one else got as excited as I did when we passed.  Oh well, maybe next time. 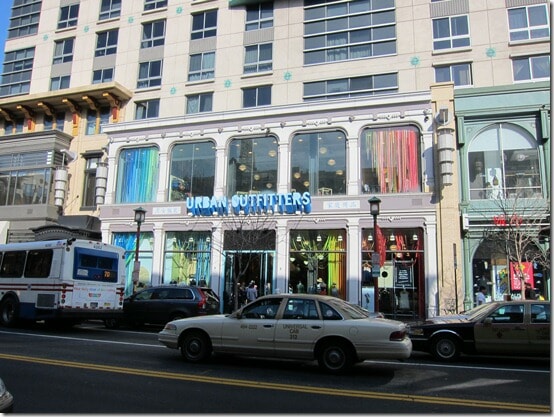 After dinner, we went back to the Mall and hung out and waited for nightfall to arrive to watch the  “Supermoon” make it’s appearance.

Did you see it where you live?

Saturday night, March 19th was the biggest full moon to arrive in the past 18 years.  Since I was born under the sign of the moon, I thought it would be pretty cool to be outside and witness it.  It looked HUGE and very orange when it first made its appearance over the horizon. 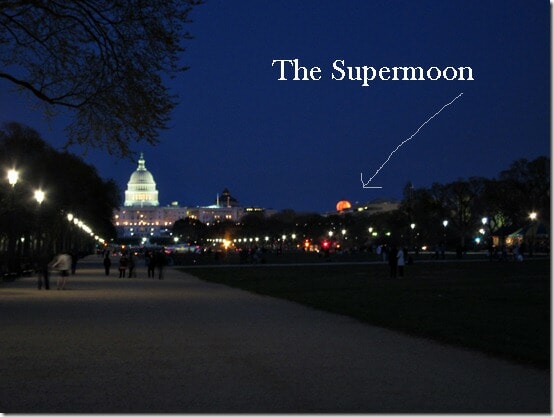 Later as it made its way into the sky it got whiter. Taking a picture of the moon in the dark is not an easy task.  One of the friends who spent the day with us is a professional photographer.  She took great photos with her huge lens. She told me to focus on the Capitol and shoot – which I did and was pretty pleased with my point and shoot results without a tripod. 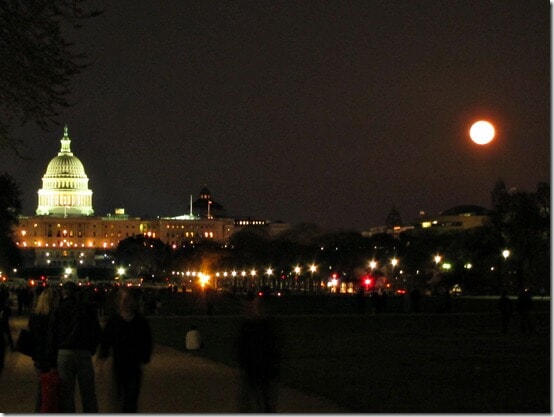 Here is the professional shot of it.  Very cool indeed.  This shot was taken standing behind the Lincoln Memorial.

Washington is such a pretty city with so many things to see and do.   It was the perfect way to celebrate the arrival of Spring, but now I am happy to be Home Sweet Home.

On Wednesday the forecast for the Philadelphia area  – a chance of snow or icy rain!!!

Glad I had such a nice weekend – I hope you did too.