I know you have heard the saying… The way to a man’s heart is through his stomach.  This goes for the kids in the house, too. It is very true in my house especially when I follow this Cinnamon Crumb Cupcake Recipe. 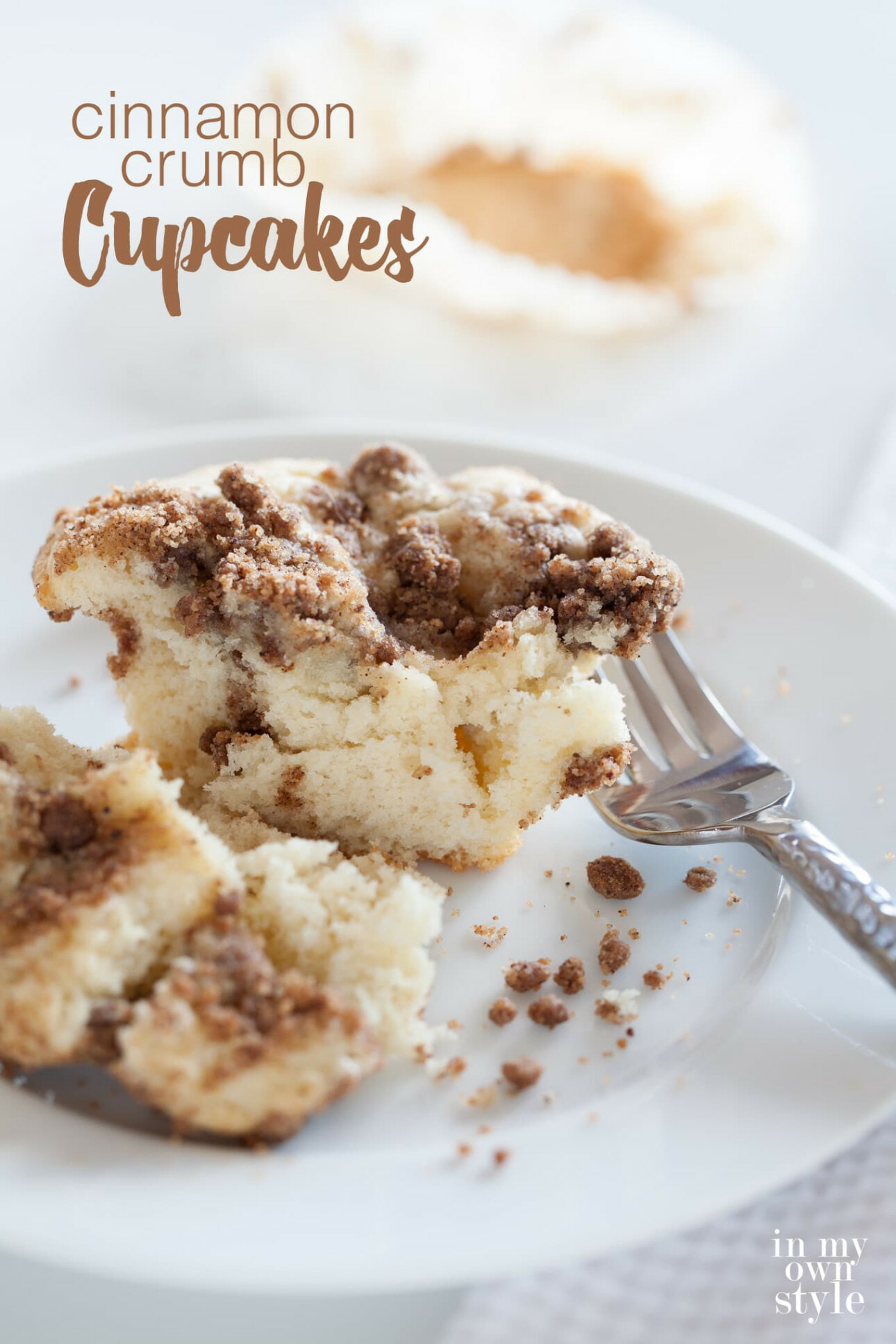 I have a recipe that will make breakfast a little bit more special for the whole family when you serve these scrumptious cinnamon crumb topped cupcakes to compliment breakfast. 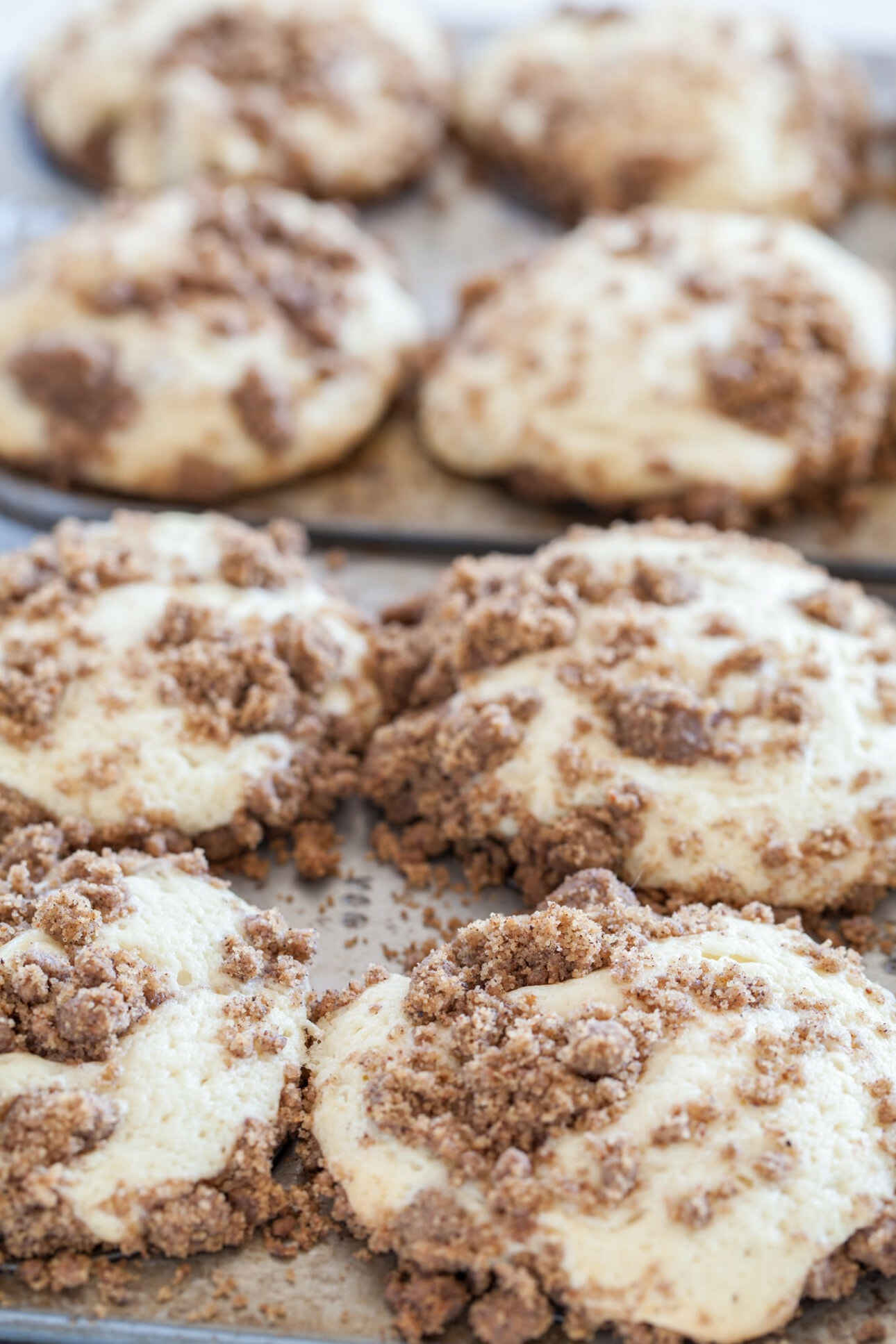 The recipe is from Ed’s mom and he fondly remembers her making them when he was growing up. The original recipe card that I was given from his mom when we were first married was old and worn.  Mine is now over 30 years old and looks just as old and worn as the one I was given so many years ago.

You know just how much this recipe is a family favorite by how stained and batter splattered the recipe card is amongst all the other rarely used recipe cards in my recipe box.  :-)

A printable recipe card is at the end of this post, but here is a visual on how to make them.

How to Make Cinnamon Crumb Cupcakes 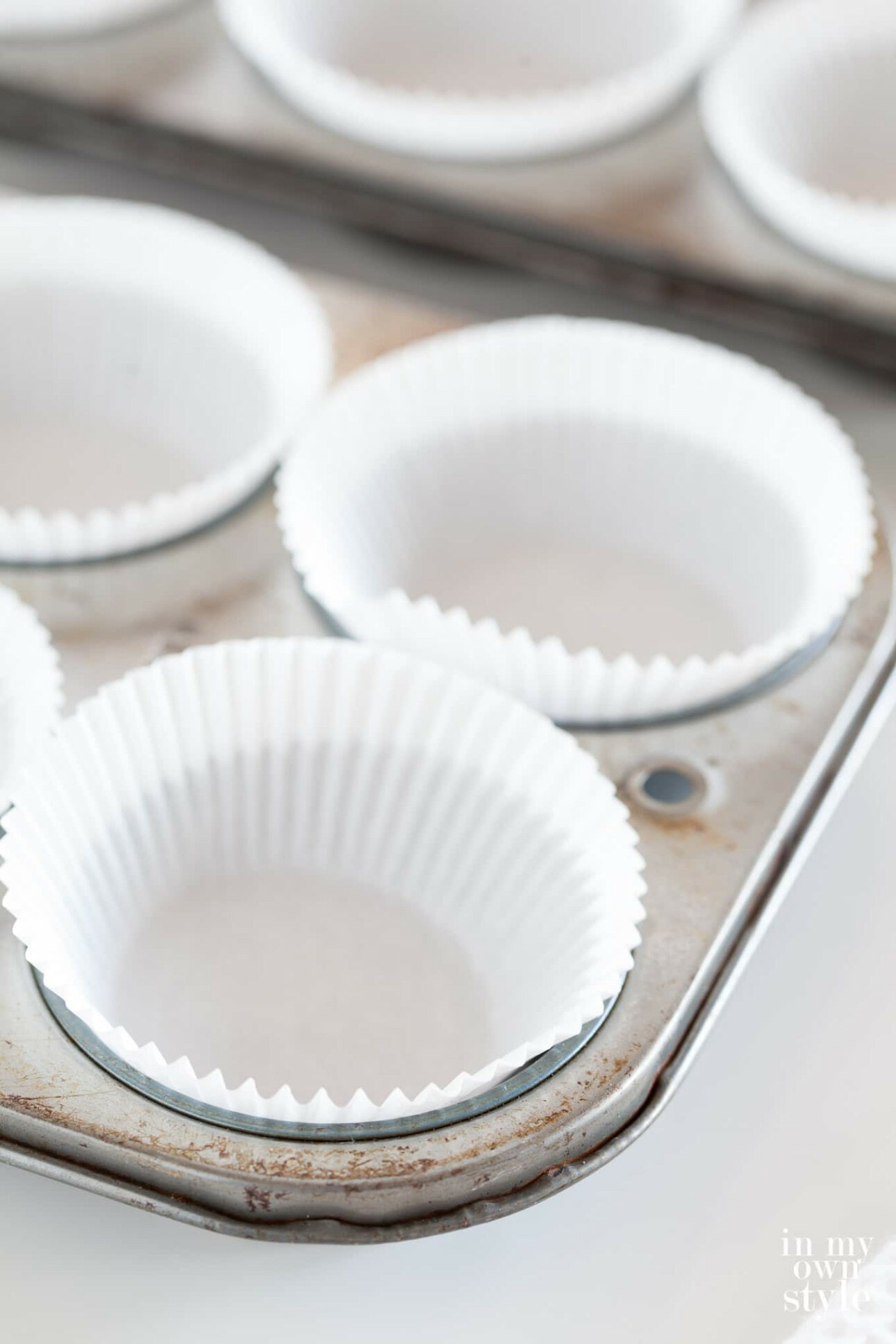 Grease the top of the cupcake pan with shortening. This will help when it comes time to remove the cupcakes after baking if the tops overflow. Line cupcake pans with paper liners. I always like to use white so the cupcakes look like they came from a French patisserie. 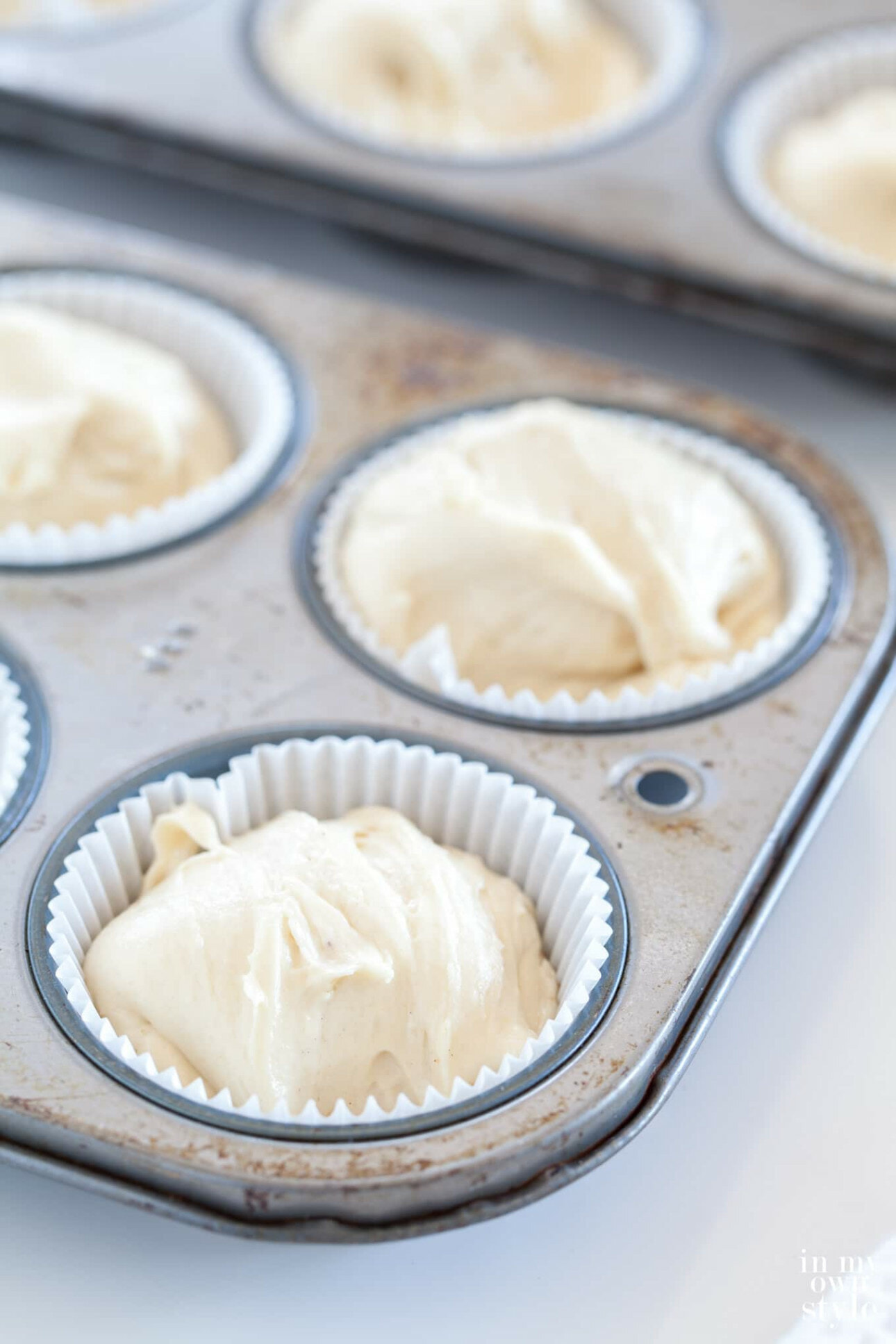 Spoon the batter into each cup, 3/4 to full.  If you like crunchy top cupcakes or muffins, then fill each cup to almost full so when they bake they overflow a little bit and create a larger top. 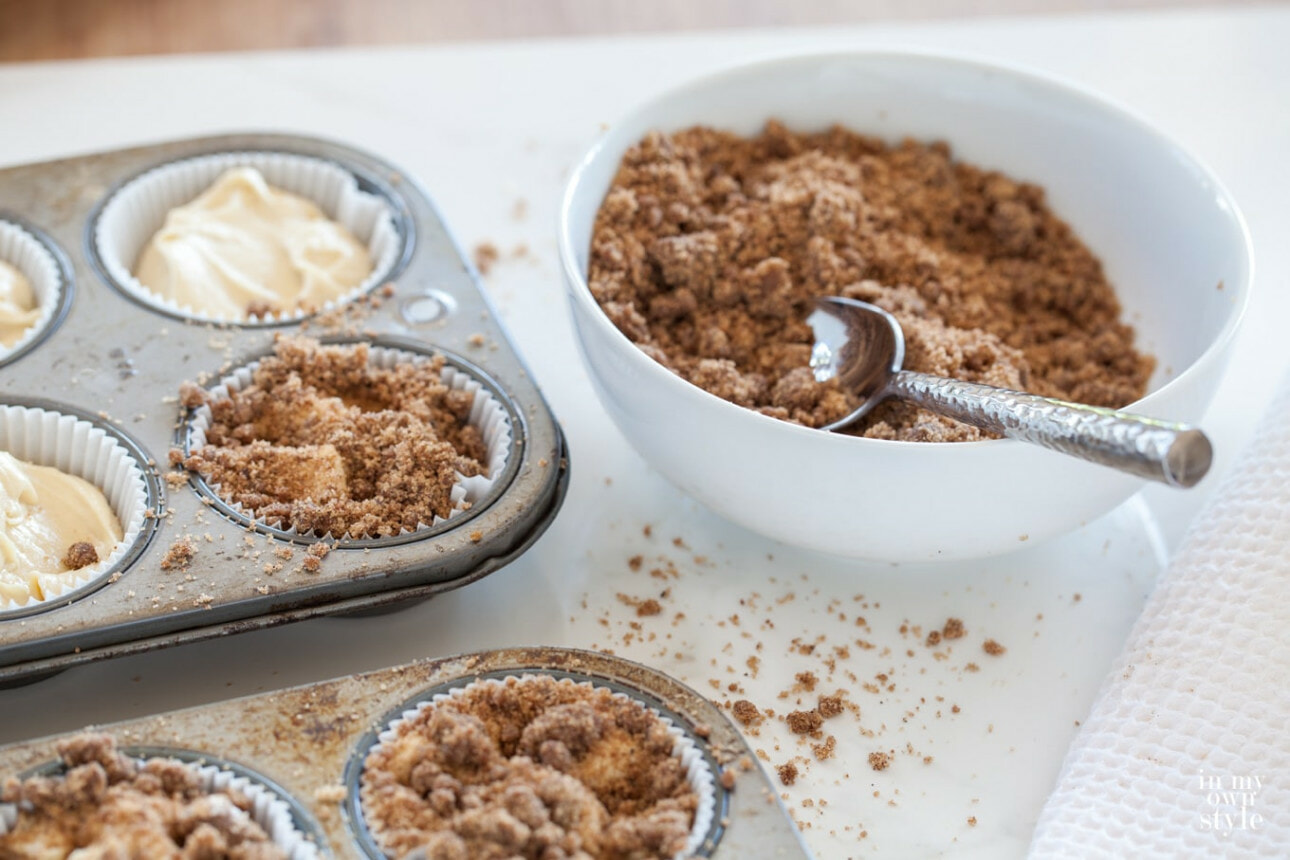 Mix the topping ingredients into a small bowl and mix well. 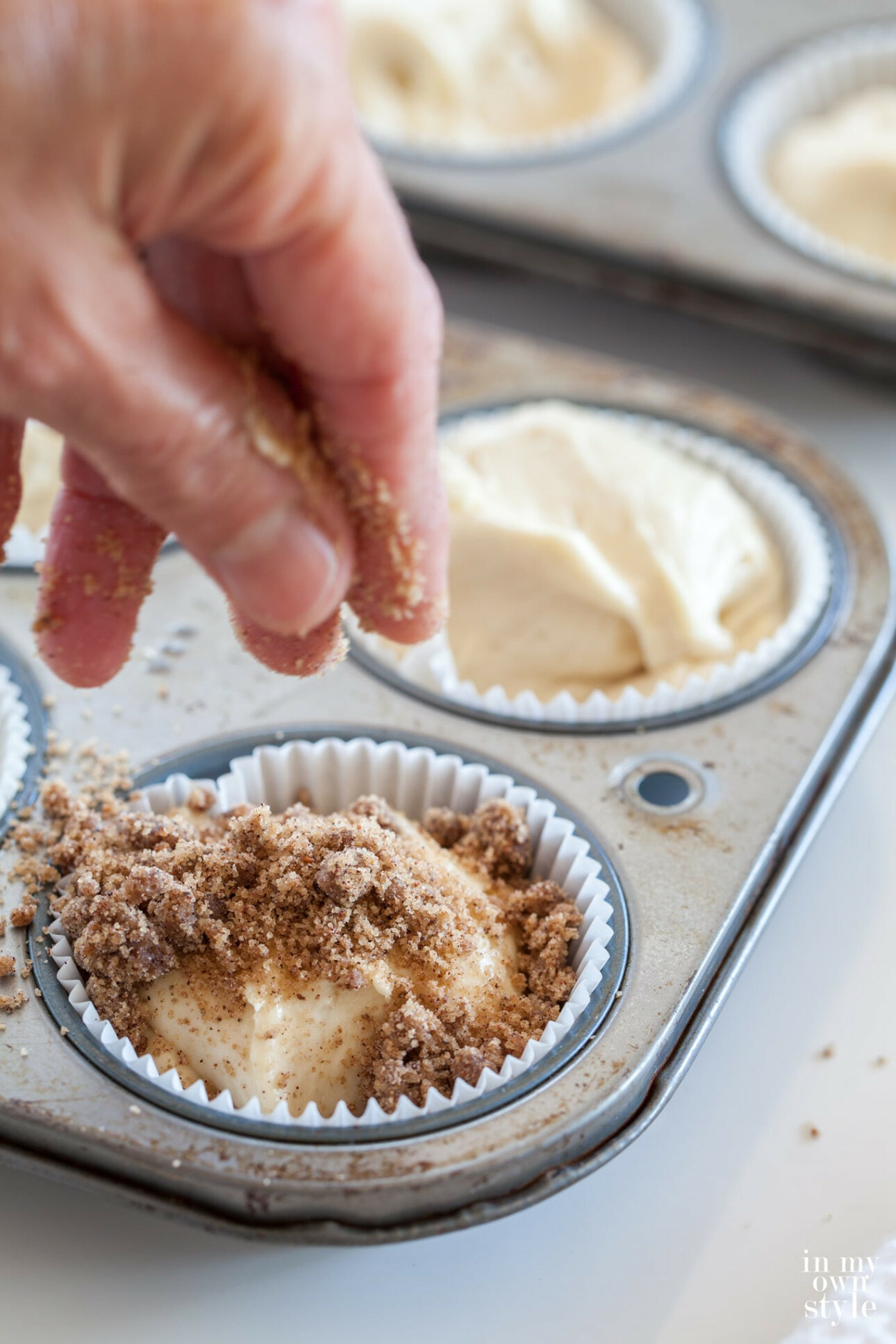 Spoon over each cupcake. 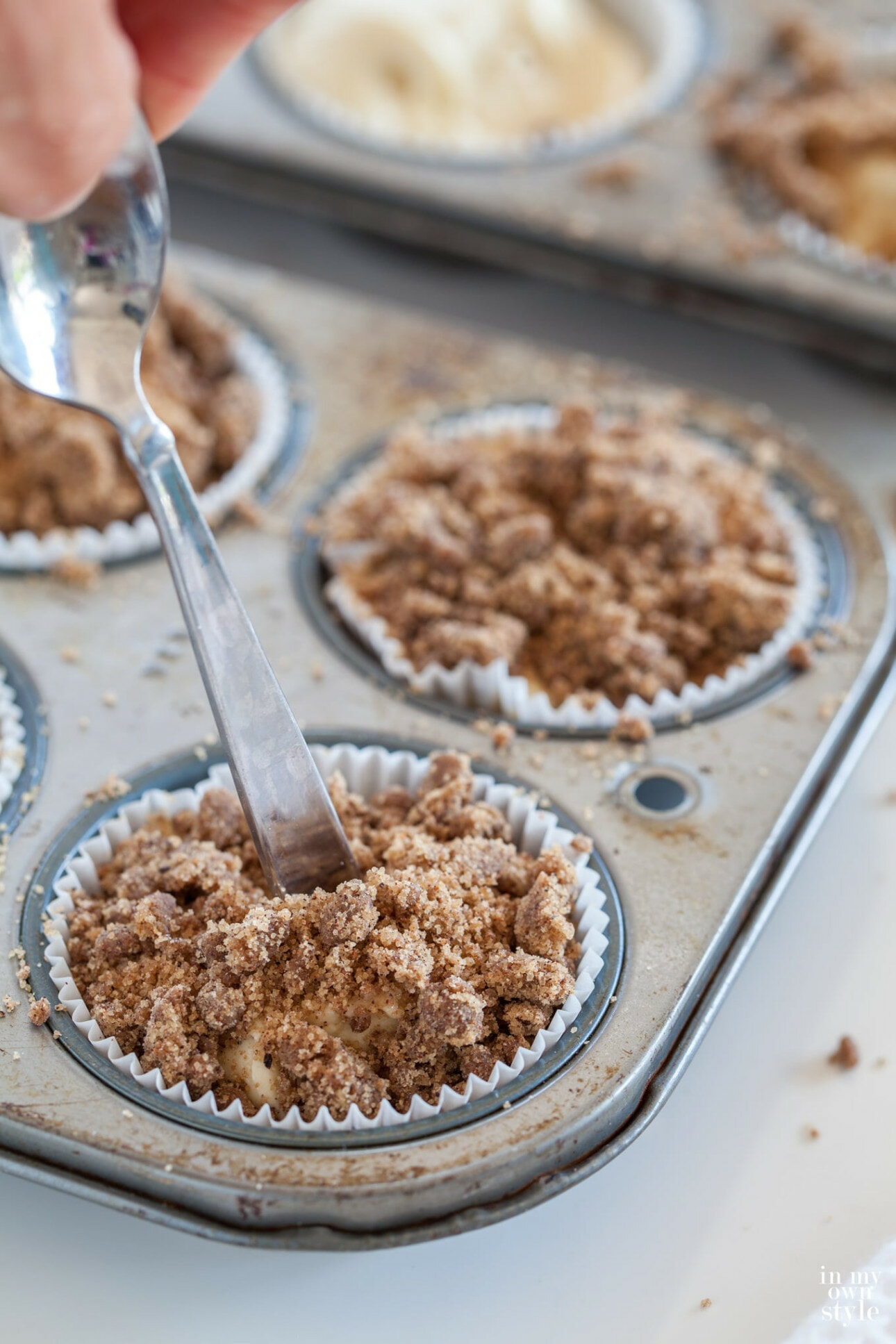 Use the end of a spoon to create a few holes in each cupcake so the crumb topping falls into them. This adds some crunch to every delicious bite. 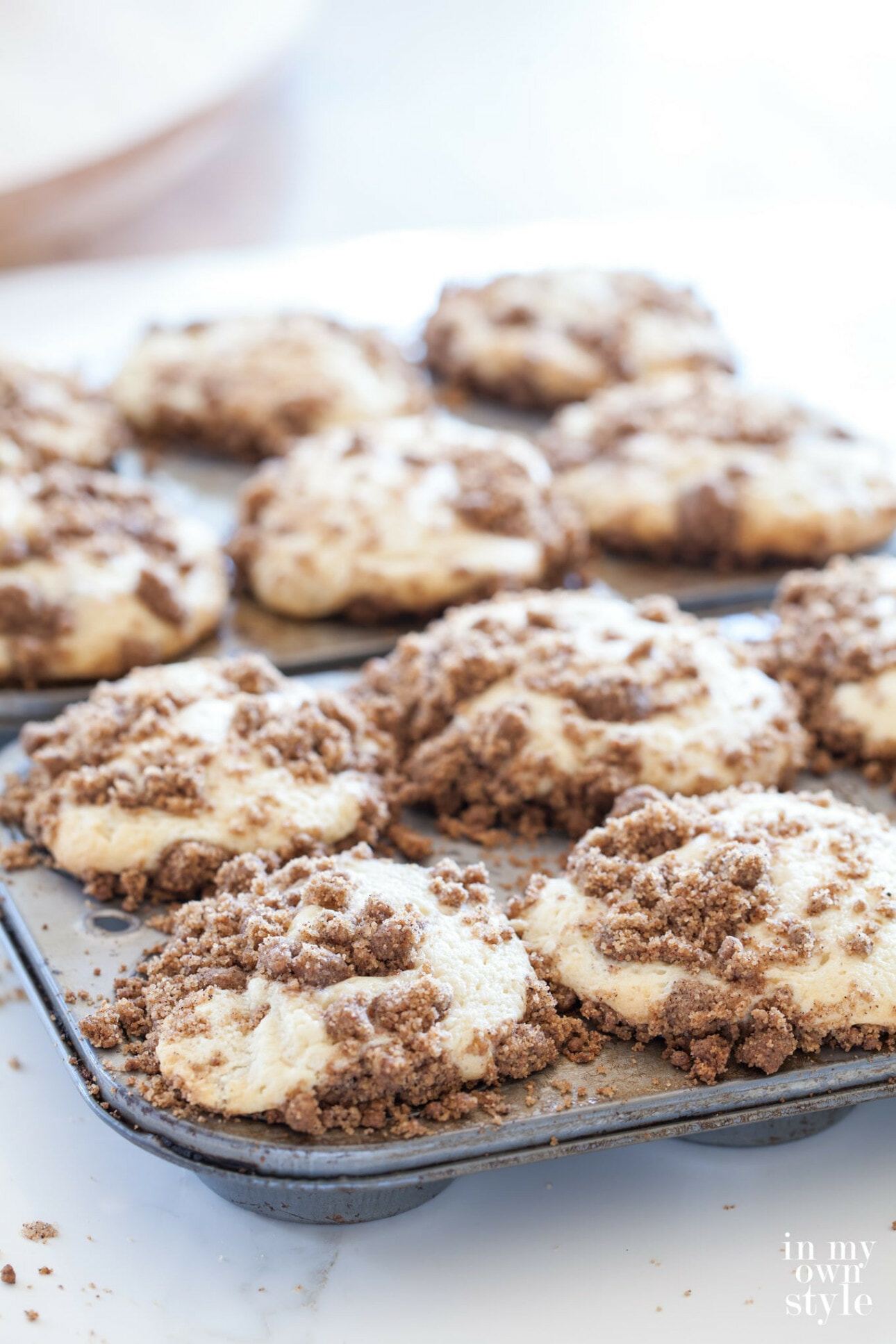 Bake until slightly golden, do not over bake. 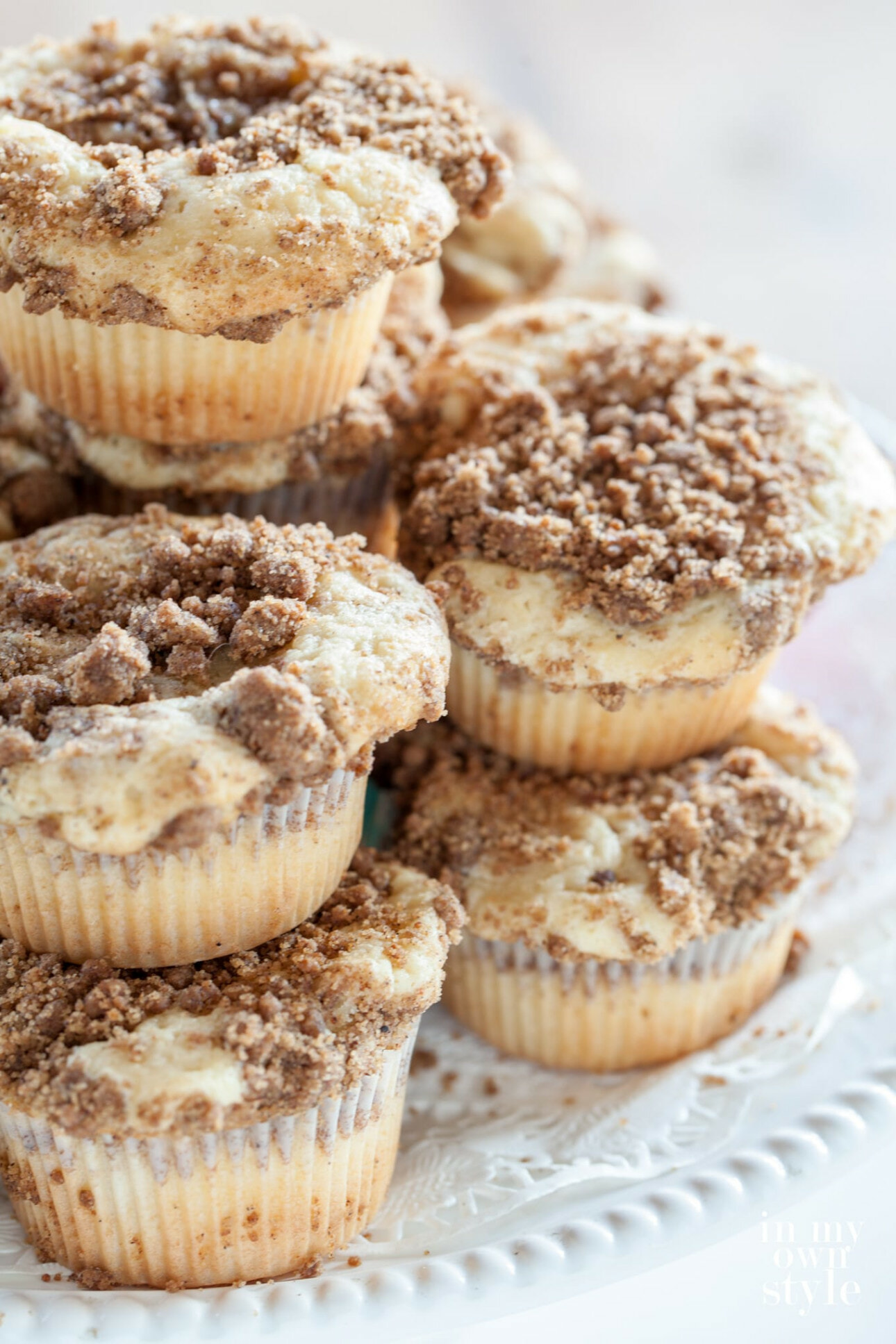 If you are going to keep the Cinnamon Crumb Cupcakes out on a plate, don’t cover them, the topping will lose its crunch.

I keep what I know we will eat in a day or two and put the rest in the freezer. They freeze well.

What recipe card in your recipe collection is the most stained and splattered? 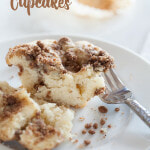 These delicious cinnamon crumb cake cupcakes can be served right out of the oven or frozen to enjoy later. Warm one up for breakfast or for an afternoon snack with tea or coffee. Your kids will love to find one packed in their lunchbox as a special treat.
Prep Time20 mins
Cook Time15 mins
Total Time40 mins
Course: Breakfast, Dessert, Snack
Cuisine: American
Keyword: Crumb Cake, Cupcakes
Servings: 20 -24 cupcakes
Calories: 262kcal

For the crumb topping:

Optional: Use the end of a spoon to make holes in each cupcake so that some of the topping will get mixed into the cupcake and not only on the top.